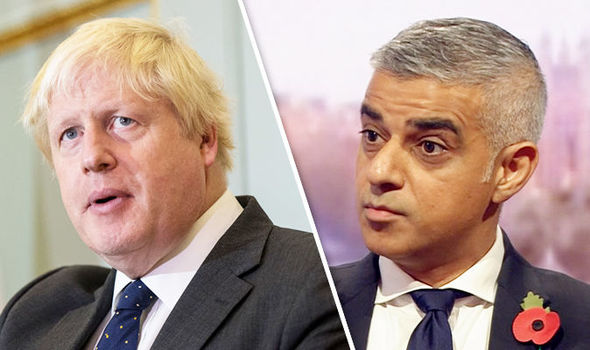 ‘The PM wants to increase fares, the C-Charge and taxes – & end free travel for children and older Londoners’

Boris Johnson is at war with Sadiq Khan over a threat to seize control of London transport – unless the mayor agrees to hike fares and taxes and expand the congestion charge zone.

A plea for a £4.9bn bailout for the next 18 months – after passenger numbers and revenues plummeted because of the lockdown – has been rejected unless the tough measures are accepted.

In an increasingly bitter row, Transport for London (TfL) bosses accused the government of refusing to release an auditor’s review of its finances, despite repeated requests.

And a defiant Mr Khan said: “I simply cannot accept this government plan, which would hit Londoners with a triple whammy of higher costs at a time when so many people are already facing hardship.”

In the Commons, the prime minister did not deny that the government was instructing City Hall to make Londoners pay up to receive a rescue package.

A letter, penned by transport secretary Grant Shapps, states: “We will be taking reserve legislative powers allowing us if necessary to direct TfL.”

Instead, the prime minister ignored the impact of the pandemic altogether, accusing Mr Khan of having “bankrupted” London’s finances he had left “in robust health”.