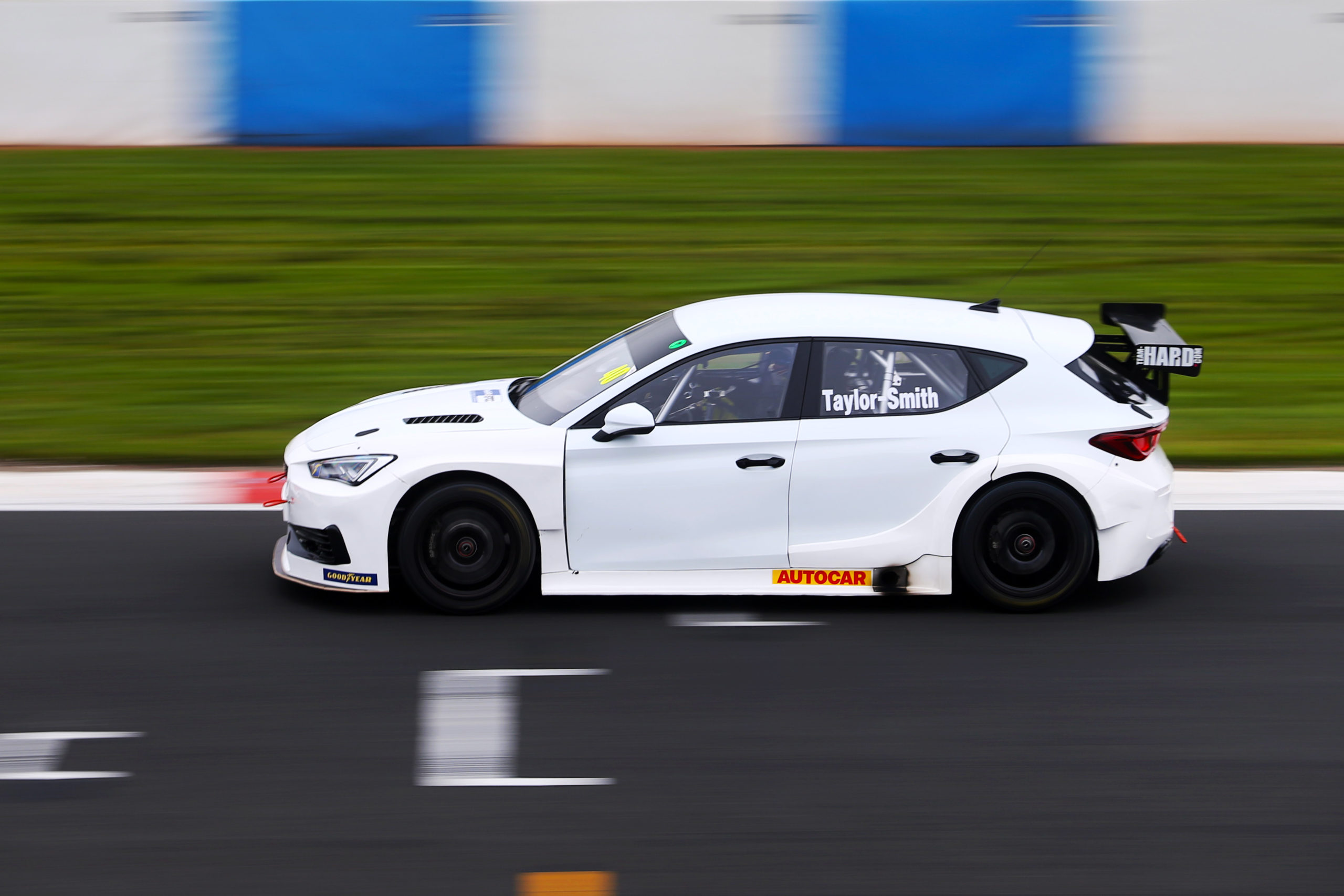 Arguably one of the most exciting chapters in the recent BTCC era kicked off on March 29th at Donington Park for the HBC Logistics supported BTCC driver, Árón Taylor-Smith. 2022 will see the introduction of the all-new Hybrid regulations as the championship steps toward a modern and sustainable future. For the first time in the championships history, every car will be fitted with an additional EV motor to work in conjunction with the regular combustion engine which will add a whole new dynamic for the drivers on the grid. 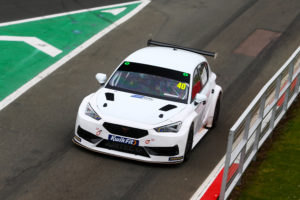 Taylor-Smith’s Cupra was brand new into the British Touring Car Championship for the 2021 season and has since undergone a massive winter upgrade program with the new Hybrid system being run for the very first time at Donington Park on Tuesday the 29th of March. The Hybrid system sees the introduction of an EV motor fitted to the gearbox which gives the drivers additional power for up to fifteen seconds per lap, geared towards adding a new element of over-taking possibilities for the best touring car drivers in the world. The drivers will now have the option to deploy this extra power at certain points during the lap while both in qualifying and race conditions. Another whole new variable will be that it is each driver’s responsibility to regenerate this power while on the circuit in order to be able to maximise the performance of their car, once again adding a new exciting variable to the UK’s favourite motorsport series.

Taylor-Smith commented: “Firstly, I have to say that everyone at Team HARD has done an incredible job with the installation of the Hybrid System. It is an enormous undertaking and it was great to have the car run faultlessly throughout the first day of running. Today at Donington was all about getting miles under our belts as opposed to sheer performance and it was a massive success. We’ve learnt an awful amount and now the engineers can begin the real work with our 2022 challenger.” 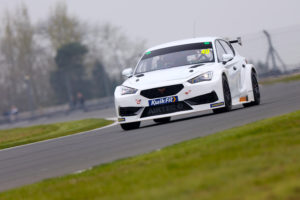 The Irishman took to the track at Donington for the teams first test day of the 2022 car and it certainly did not disappoint. The car ran without any issues throughout the day while valuable data & information was acquired by the team. Another key part of the 2022 season upgrades will be the new engine package in the Cupra with the team switching the world famous supplier of M-Sport. All of which was tested for the very first time at Donington as the season edges closer. The team are once again hard at work in carrying out further upgrades ahead of the first race and have an extensive test program in place for the coming few weeks which will see them visit a number of the tracks on the BTCC calendar.

Taylor-Smith commented: “I feel the real work can now start as we have ticked the box of upgrading the Cupra to the Hybrid regulations as well as switching to the M-Sport engine. It can’t be overlooked just how much the team have had to do this winter, a whole new engine package and Hybrid system but they’ve done a superb job. From a drivers perspective, it was great to get back in the car and blow off the cobwebs ahead of our Media Day in a couple of weeks. We’ve learnt a huge amount in one day and everything is starting to fall into place ahead of the first race. It’s shaping up to be a great year!”

The next milestone on Taylor-Smith’s calendar will be the BTCC Media Day at Thruxton on April 13th where everyone will get the glimpse of the 2022 livery featuring the iconic HBC Logistics branding for the companies first venture into the BTCC. The HBC Logistics team will be on site at Thruxton for what is set up a very exiting day as the 2022 season officially launches. Stay tuned to the both the EPIMAX & Árón Taylor-Smith’s social media channels for regular updates on the build up to the first race of the 2022 season.